This exhibition is a retrospective of Kremer's work, covering thirty years of her career. Born in London, she lives in Dorset where she has "spent almost her entire career" [1], and the work is influenced by a coastal sensibility, "... influences, from St Ives, Abstract Expressionism, Oriental Calligraphy and Surrealism, have been melded into a distinctive personal style." [2] 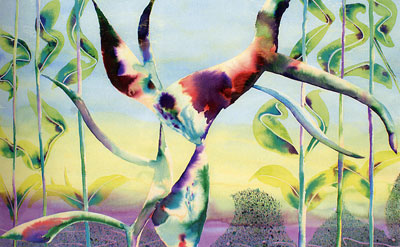 What is particularly striking is the Surrealist influence in her work, especially as it relates to the landscape, which is where Kremer's painting excels. "[Eileen] Agar met [Paul] Nash while he was living on the Dorset coast, painting, and working on the essay "Swanage or Seaside Surrealism"... in which he documented his discovery of the Dorset coast as Surrealist in its disquieting and dreamlike aspects. "It has a strange fascination like all things which combine beauty, ugliness, and the power to disquiet," he wrote." [3] 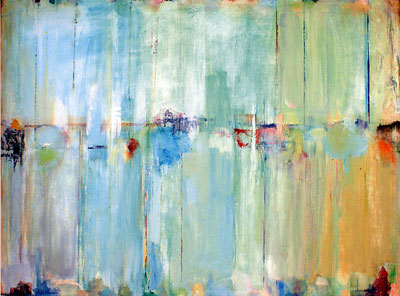 Her paintings have the power to disquiet, much like Nash perceived as an aspect inherent in the Dorset coast in the 1930s. If anything her more recent work, like 'Highcliffe 2', 2006, has become more Surreal, and even relates in contemporary terms to computer based imagery with its generative and therefore often subconcious qualities, in fantasy terms.

Just as Eileen Agar was inspired by the Dorset coastline, Kremer has painted distinctive studies of this landscape, allowing the paint to be expressive of some subconcious perception even as it captures the qualities of the scene described. 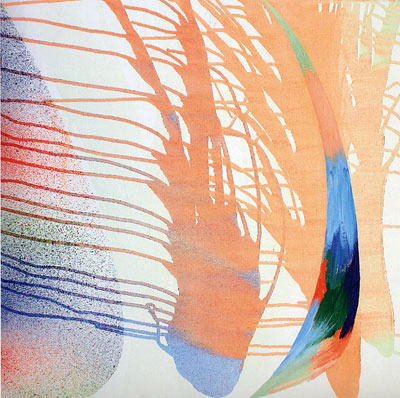 She has since developed a more abstract personal language as a woman artist, in paintings like 'Element 6', 2008, and 'Untitled 4', 2008, which can be seen to relate in part to paintings by Agar or Kay Sage for example.

From the imaginary and surreal aspects of the landscape to expressionistic brush strokes and other painterly techniques, leads Kremer towards the Abstract Expressionist side of her work. This has its roots at the beginning of her career in the 1970s, with works like 'Reflections', 1977.

The contemporary vivid watercolours, and the translation into paint of organic phenomena, continue to address the subconcious.

pictures courtesy of the artist

This exhibition will be touring to Holton Lee in the spring